'We' means Janet, Derek (me) and our two sons Richard and Ben - not to mention our dog Cato.

The house was built by Martin Sylvester, an admired architect who lived in the village.  It has a quite uncompromising design.  There are 3 houses in the terrace - so far as I know there are no other similar terraces.  Here is ours- No 2, being visited by some ducks. 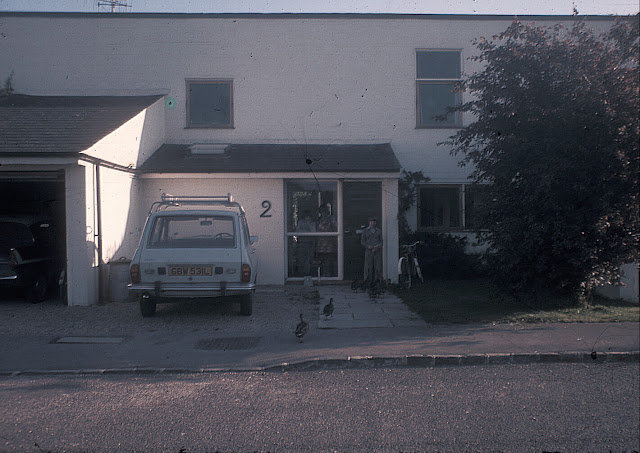 Our garage to the left is the eastern end of the house.  Strangely, the garage went, at that time, all the way from the front of the house to the rear garden.  So it was a double garage, but the cars were end-to-end. This picture was taken in 1976. 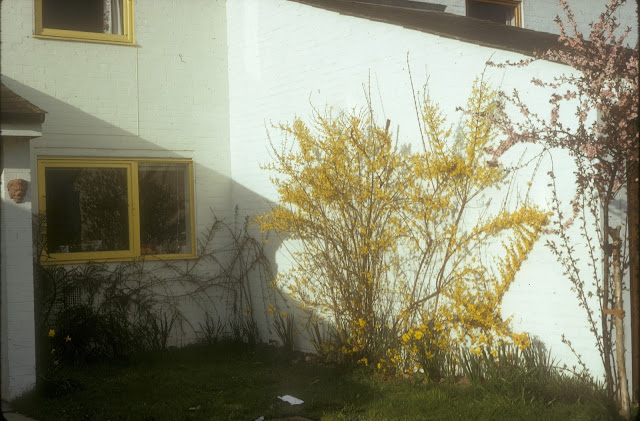 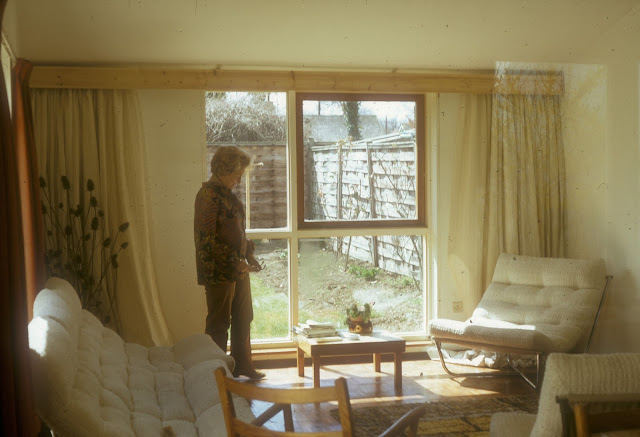 The main sitting room to the back with sloping ceiling, with my mother and again taken in 1973. 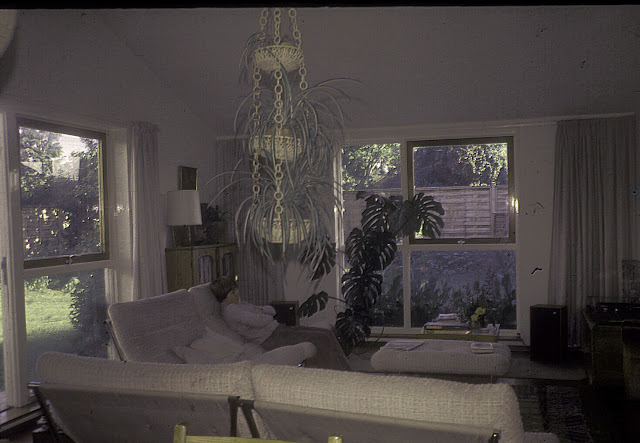 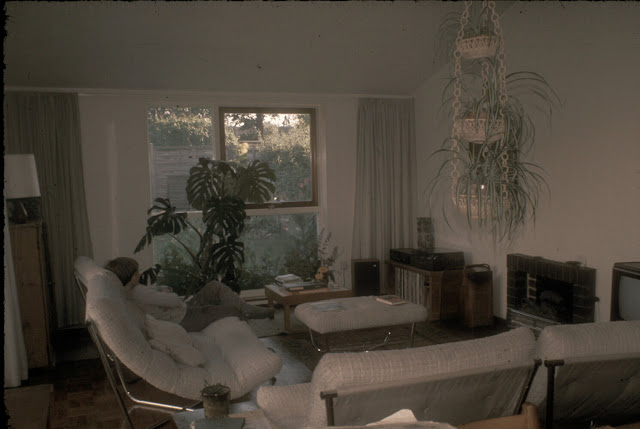 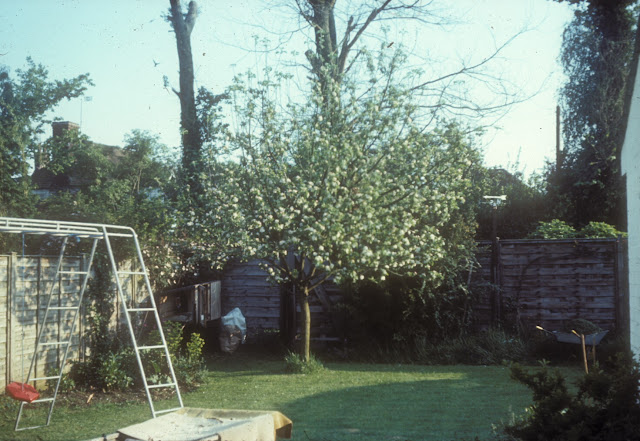 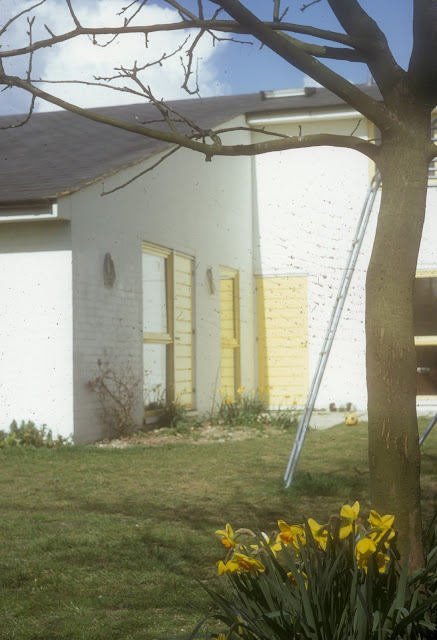 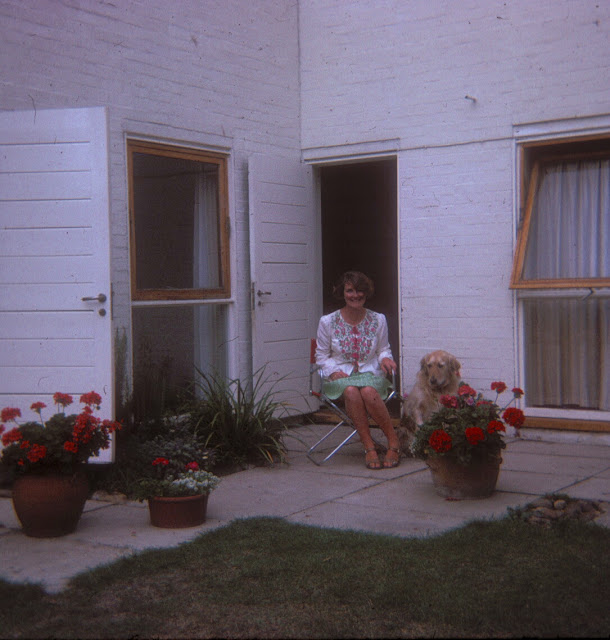 and this shows Richard , Ben and Cato with their French friend Oliver in 1976.  It also shows the open design of the staircase in the hall behind 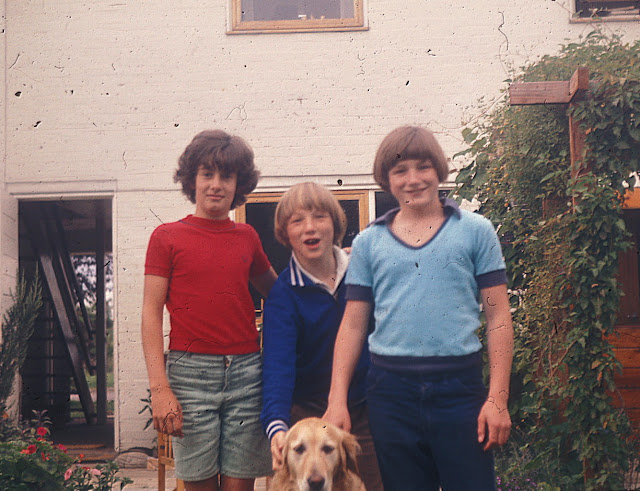 Looking a bit further to the right from the above are Richard and Cato: 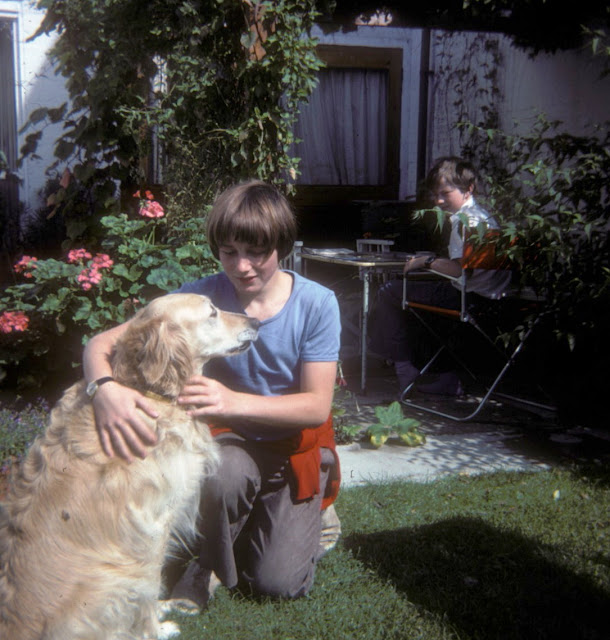 with a friend sitting behind.  The door at the back is the original rear door to the garage - by then we had made that into a separate bedroom - but the door remained! 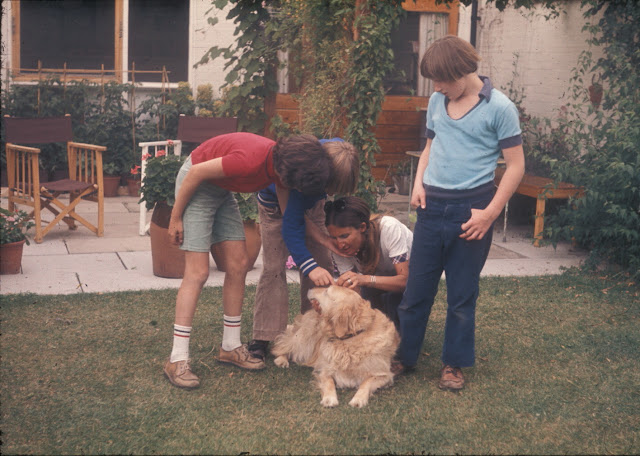 Here Cato is receiving attention from his French friends - which he does seem to be enjoying.  Behind, once again is the original rear door to the garage.

Turning right a bit further was our patio with lots of plants and shade.  A south facing wall protected garden like this can be very hot in summer. 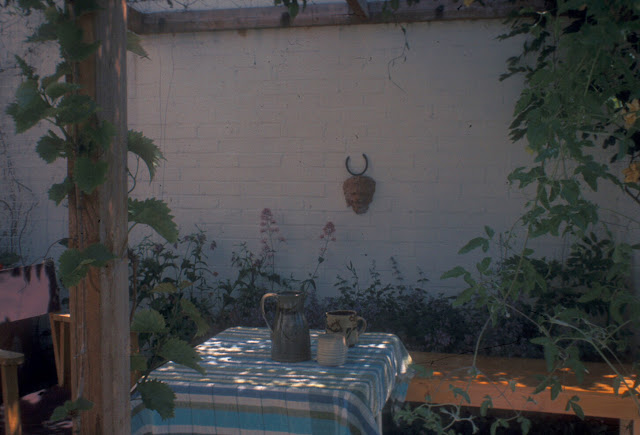 and here are Richard and Ben showing they can do it! 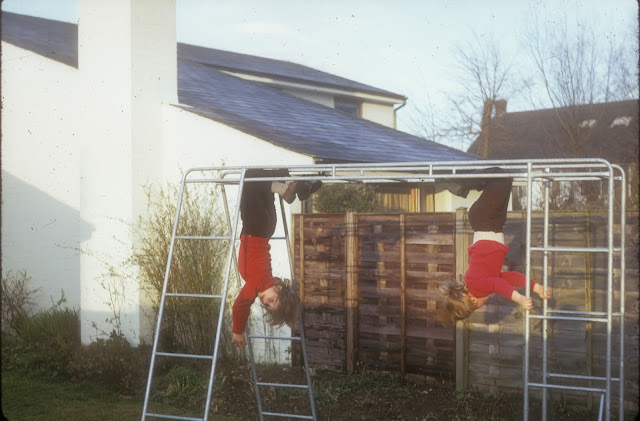 with Janet and Cato watching from the sitting room side door. 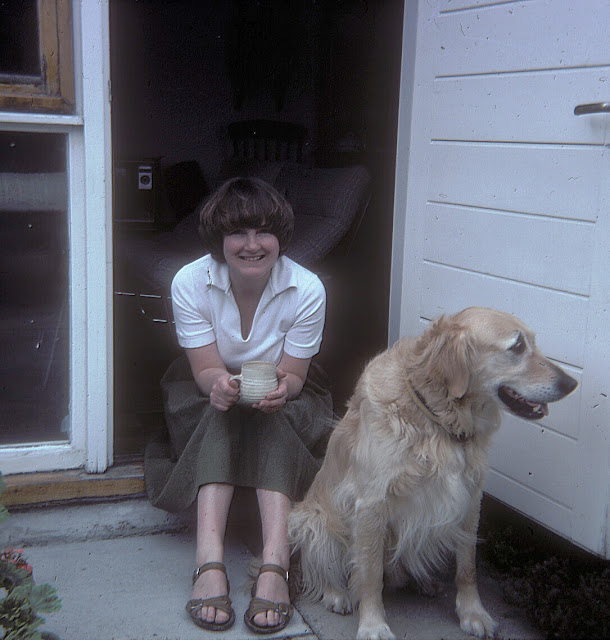 Cato's seen it all before.

I have recently (October 2016) visited the house again and met the new owners.  It is now much changed, and improved, but they asked to know what it looked like some 40 years ago.

This blog is my reply.